Which are the caves in Puglia to visit? Let’s discover together the caves of Polignano.

Which are the caves in Puglia to visit? Let’s discover together the caves of Polignano. 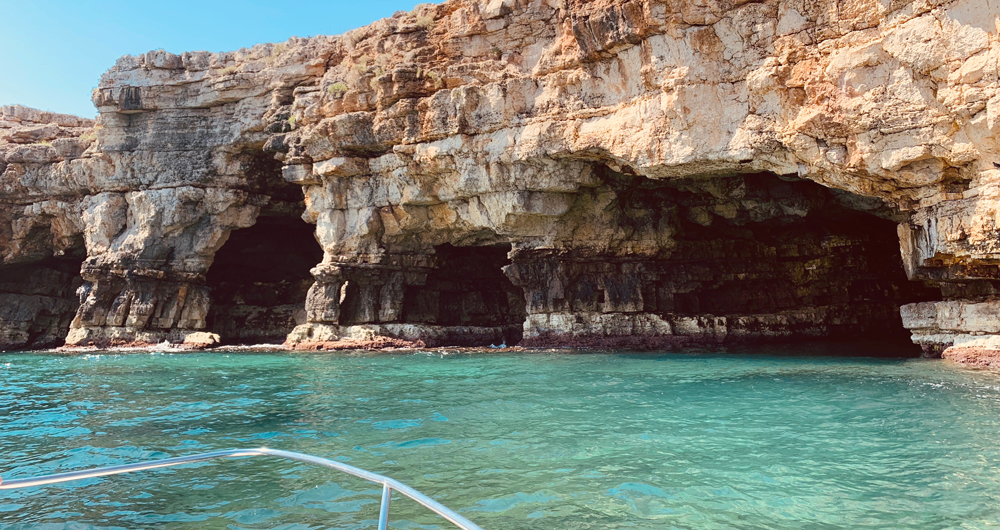 What are the caves in Puglia to visit? Let’s discover together the caves of Polignano.

Going on holiday in Puglia is a wonderful experience. Puglia has become one of the most popular destinations for Italian and European tourists, but especially for international tourists. The choice of destinations to visit is often a mix of experiences that link food and wine routes with scenic routes. The sea and its landscape are the fundamental elements to choose a tourist destination in Puglia. The sea brings with it two fundamental aspects in the choice of place, that is, beach or cliff? In this article we want to talk to you about the wonderful caves in Puglia to visit, and in particular we want to talk about the caves of Polignano a Mare.

The caves of Polignano

Going on holiday in Polignano means to live the sea and live the wonderful cliff with its wonderful caves. The caves of Polignano a Mare in the last years, for the will of the city administration, have been surveyed in order to have access to a programme that can insert the seaside resort in the circuit of elite tourist destinations. Develop and strengthen the asset of the reception to enter the UNESCO program.

How many are the caves Polignano a mare?

At present 66 caves have been surveyed, a landscape beauty to be protected through a marine park, an idea that has been growing for some years now to safeguard one of the areas with the highest number of caves in Puglia to visit.

The emotion of visiting the fantastic caves is overwhelming when you arrive in front of the Guardian’s cave or when you are at the entrance of the Rondinella cave. For the more romantic ones the magic cave Chiar di Luna or the cave of the Double Bridge, the Grottone or that of the Fidanzati, but we still have the cave de Bastione di Santo Stefano or the Archbishopric.

Which is the queen of caves? Which is the most beautiful of the caves of Polignano to visit?

The most beautiful and best known for its spectacular location, Palazzese cave. Once called Grotta del Palazzo, because it was owned by a rich feudal lord.
It stands out on the sea the picturesque ballroom of the eighteenth century located right on the Via Appia, now known for its magical hotel and restaurant located on the cliff overlooking the sea.

The sea caves a complete list of the most interesting

.
An indescribable, breathtaking landscape, but how can you visit all the caves? The rocky coast of Polignano a Mare does not allow, except for a few exceptions, to visit the caves on foot. Most of them can be experienced only through a boat tour, a magical boat trip, an unforgettable excursion.

You will have the luxury of diving into this breathtaking panorama while admiring the caves at sea, in the most evocative waters of Italy. On board you can enjoy the view in comfort sipping a flute of prosecco, while you will be captivated by the landscape of the most beautiful caves in Puglia.

Previous postExcursions by boat polignano a mare
Next postBoat rental Polignano a Mare, rent your boat!